Should You Get a Macbook or an Ultrabook for Business?

When it comes to buying a new laptop for work or business purpose, the first question that comes to mind is mostly “Should I get a Macbook or a Windows laptop?”

It’s no surprise that there are definitely more Windows users as compared to Mac users, the Mac OS vs Windows OS war is going on like forever and never ending.

But as a smart consumer like you, you know brand loyalty and being a fanboy is not worth it. It’s all come down to what you require to do with it and what can the machine do for you.

In this article, we are going to compare these two in a business owner or entrepreneur’s point of view. 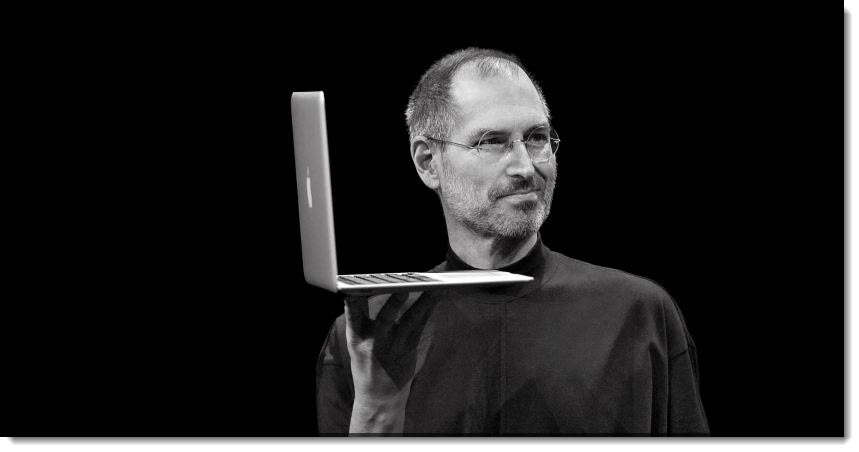 In 2008, Steve Jobs from Apple announced the very first Macbook Air, which is the thinnest laptop produced at that time. It sets a new standard for portable PCs as Windows laptops are mostly bulky at that time.

This attracts a lot of users to start adapting the Mac OS.

Today, Windows based laptops are also going to the same thin, lightweight and portable direction and go by the name of ‘Ultrabook’.

In order to use the name ‘Ultrabook’ in laptop, it has to fulfil certain Intel’s standards like using low powered and energy saving processor, thinner in size and lighter weight. This is seen as an approach to combat against the Macbook Air series. 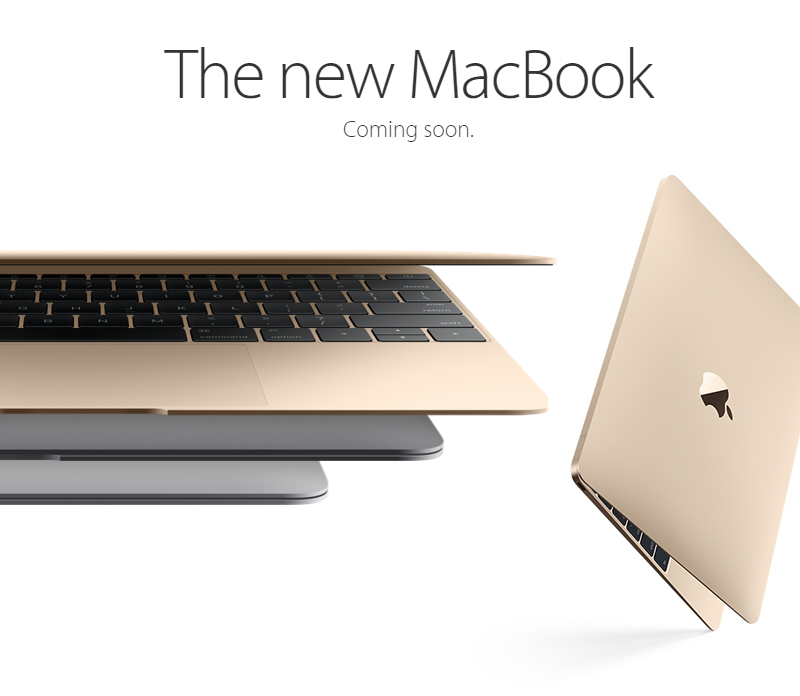 On 9 March 2015, Apple announced the all new Macbook which weights under 1kg. Once again this draws the line nearer between tablet PC and portable laptops.

There are so many interesting choices now and consumers will be ruined with choices and it’s hard to make a decision.

So, read on to see whether a Macbook or an Ultrabook is more suitable for you.

First, determine what you are going to do in this laptop

No doubt that most people are already familiar and comfortable with Windows and will tend to only look at only Windows based laptops when they are upgrading or replacing their old ones. However, you must understand that Mac OS and Windows have their own pros and cons. 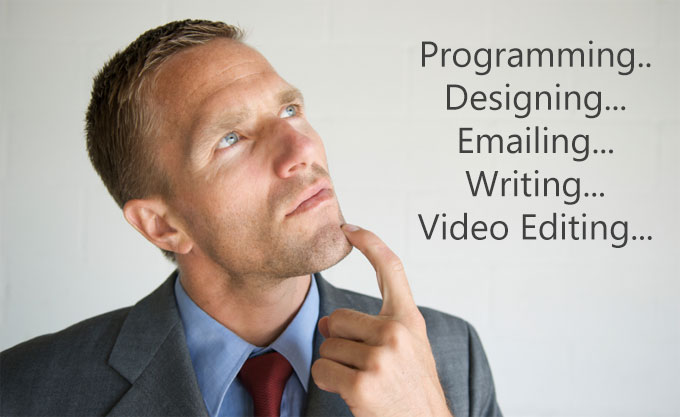 Generally, people would recommend the following business or work field to get the Windows:

and put these people to the Macbook bandwagon:

This is probably the easiest and shortest way to put you into the Mac OS path or the Windows path, but this shouldn’t be the case in today’s standard.

What we would say is that if you need a lot of raw and horsepower where you will be pushing the CPU and GPU to the limit or do some intensive tasks, you are better off with the Windows as higher end Windows laptops mostly come with beefier specs. If you are not doing intensive tasks and mostly replying emails, photo editing, video editing and you need your laptop to run smooth most of the time, the Macbook is a good choice.

There’s also an interesting fact that Adobe software tends to work better in the Mac than in the PC. Even with a lower spec Macbook you can basically get the same Adobe performance on the Windows PC, take into account that Mac OS is also much lighter than Windows as well.

This is not an exact figure but a rough guess from us, we can say that 70% of the software available out there are NOT available for Mac OS. So if you are tied with a certain software and that software is not available on Mac, sorry to say that you will need to stick with Windows for now. Though software developers are slowly implementing Mac OS compatibility, there are still a lot of useful software which is not usable on a Mac machine.

However, this doesn’t mean that Mac is bad in the software side. Apple has done a lot with their own proprietary apps to deal with this software incompatibility problems. Besides, to develop an iOS apps you will need a Mac machine such as the Macbook, where you can’t do it on a Windows PC.

You will hear a lot of programmers who prefer the PC over the Mac, and yes this is true fact that coding and programming experience on a Windows PC is better. (We won’t talk about Linux in this article!)

The new Macbook weighs only 0.92kg and 1.31cm in thickness. Compare this to a Windows Ultrabook, we take the Lenovo Yoga 3 Pro as example, it weighs 1.19kg and 1.2cm in thickness.

Both are very portable and easy to carry it everywhere when you are travelling across states or countries, useful for entrepreneurs who need to travel a lot.

Both Macbook and the Yoga 3 Pro wakes up from sleep in 1-2 seconds so you can get back to your work almost instantaneously.

So for portability, you can’t go wrong with either. 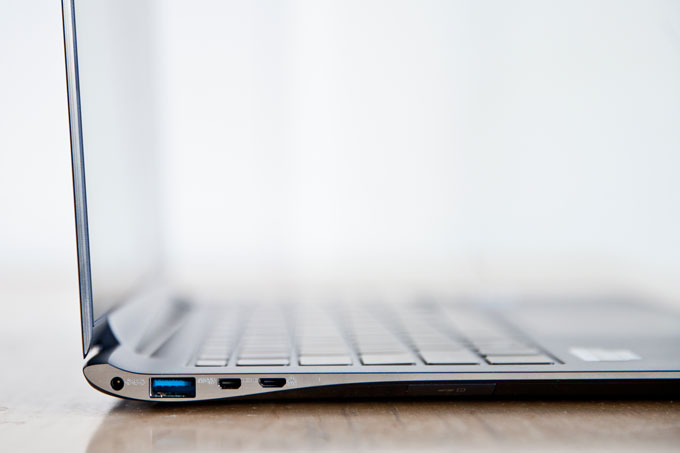 Keep in mind that Windows has a lot of OEMs like Samsung, ASUS, Lenovo, Dell, Toshiba, HP and so on. It is impossible to compare every single laptop out there with the Macbook.

For appearance, back before 2008 most Windows laptops look very dull and bulky, but it’s not the same now, perhaps it’s because with the competition pressure from Apple Macbook Air and Macbook Pro.

We have to give props to Samsung for their Samsung Series 9 or Ativ 9 Plus ultrabooks as they looks pretty sleek and elegant. Same goes to ASUS with their Zenbook series and Dell XPS 13. 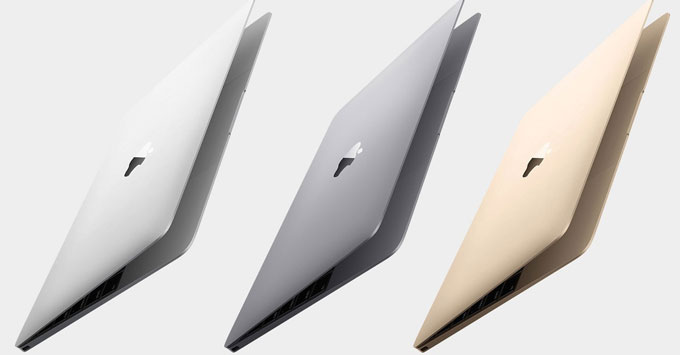 However, we can say that we prefer the new Macbook appearance over any of the above mentioned. It looks attractive, classy and radical.

It is the laptop that will give your customers a “wow” effect when they look at it.

Anyway, design is a subjective matter and one man’s food is another man’s poison, so pick your own poison here.

For a new sole proprietor start-up business, price is a big deciding factor when you are limited by your budget. With the new revised pricing plan from Apple, you can totally ditch the thoughts of buying any Macbook if your budget is anything less than RM3,000.

However, for a budget between RM2,000 to RM3,000, there are plenty of choices in the Windows laptops and we will definitely choose the ASUS convertible Ultrabooks or Samsung Ultrabooks.

To be honest, we will not recommend anyone to buy a Windows laptop that doesn’t have a SSD in it. It is slow, and it will get slower over time. If you must get a Windows laptop, please find one with SSD of at least 128GB.

All current Macbook lines starting from the new Macbook, Macbook Air and Macbook Pro, they all are using a flash storage type of SSD, so you don’t need to worry about disk performance.

Besides, take note that you will need a stronger CPU in Windows to make it run smoother as Windows is more demanding and heavier than Mac OS. The cheapest Macbook Air should have no problem in running any day to day normal operations.

If you are a graphic designer, definitely choose the higher end Macbook Pro or a beefier Windows laptops with discrete graphic card.

So should you get a Macbook or a PC Ultrabook? Well it all comes down to what business you are doing and what tasks you are going to do with it.

We hope with the above (very brief) explanation, you should get some ideas on which platform is more suitable for you.